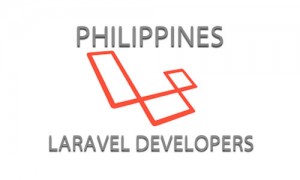 In the Philippines Laravel Framework Developers are growing. We believe that there are many Filipinos who are using this type of Framework development to create great online applications for business and companies. Laravel was developed so that developers can easily work on the projects since it has the artisan command that create an expressive and great syntax. Laravel also uses modern PHP and Mysql, Postgres, redis and many more applications. It can work with Virtual Machines like Vagrant and Homestead where migration and syncing to repositories are easily done. Another best thing Laravel has is the support of the developers and other generous developers that are providing great video tutorials where you can learn from the basic up to the advance way of development code usable to your project development.

These are the cities where you can find great developers to work with your Laravel Projects.

AT Eyewebmaster, we believe that hiring the right people who can work with your requirements is important for your business’ success.

You can check the following list below on how you can hire Laravel Framework Developers.

Our Laravel developers are experienced, highly skilled and discipline to develop web application that can bring usable app for your requirements.

We develop customized themes, plugin, mobile compatibility, shopping cart and many other useful functions in a website.

We provide top solutions to our clients needs through our outsource team specialized in high level of programming skills.

Content is powerful form of marketing which involves the creation and sharing of content in order to educate, inform, attract, and engage with potential clients.

Learn More
Contact us now and find out what we can do for you. See our Works
See other Services that we have: Consultancy Internet Marketing Graphic Design