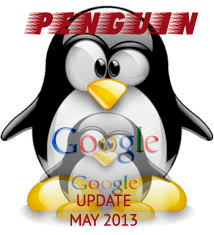 Google previously released its new generation of Penguin webspam algorithm which they internally refer as Penguin 2.0.

Penguin 2.0 is committed to preventing black hat webspams. Throughout the years, as search engine improved, there were also lots of black hats spamming reported. Google’s quality guidelines were violated by these black hats only for their desired websites to be ranked first in the SERPs even though the sites provided less quality information. These black hats use techniques such as keyword stuffing and link schemes. As a result, more sites were displayed in the first page of the search engine result pages that do not provide quality information at all.

Because it is the desire of every white hat webmasters to provide quality result information to its users, and because Google is also trying to be aligned to that desire, Penguin 2.0 is now introduced. Accordingly, the websites of these black hats will be detected and its page rank will be decreased based on its quality.

Here are some of the things that are expected to happen, connected with Google’s Penguin 2.0:

Desiring  to put those websites and pages with good quality content on the first pages of the SERPs, Google is now being more equal on treating every pages sent to the search engine.

With the newer and better algorithm that Google provides now, they advised the webmasters to focus  more on making quality pages on their sites, something that invite the readers to read it, link it, share it and revisit it every time, rather than engaging on aggressive webspam tactics.

On his blog, Matt Cutts described further what to expect for the release of the Google’s Penguin 2.0.